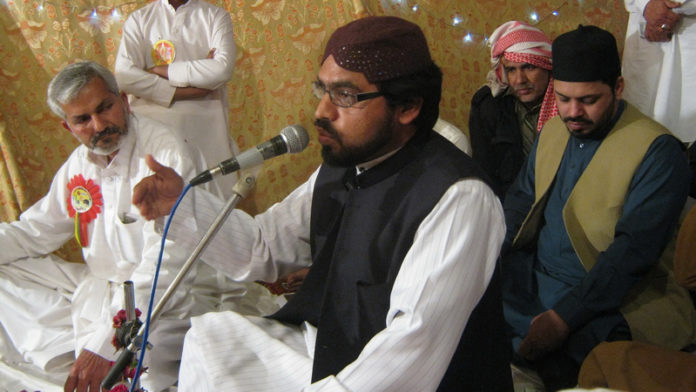 Alama Hafiz Mudassar Awan Qadri is ex-student of Minhaj Sharia College and now he is teaching in Minhaj University and other universities as a senior professor. Mudassar Awan is also an anchor and a well-known Naqeeb. He has performed awesome performances in many Mahaafil-e-Naat.