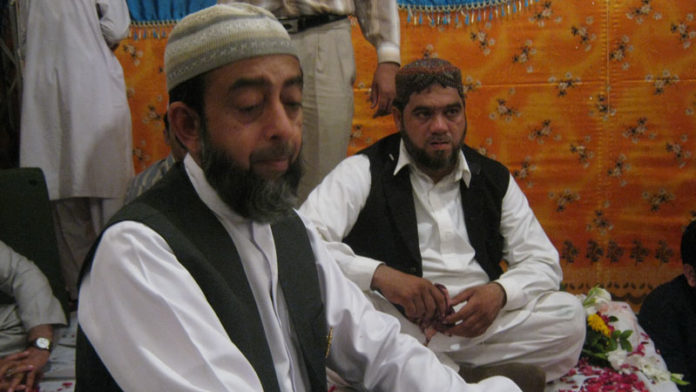 Program started with the recitation from Holy Quran at 10 PM (PST). Afterwards, Murtaza Soharwardi, Zulifqar Soharwardi, Tahir Islam Soharwardi and Shahbaz Qadri (alias Shahbaz Chaudhari) presented naat in the honor of Most Beloved Holy Prophet Muhammad (Peace Be Upon Him). When Bilali Brothers performed naat in their exclusive style using duff this was peak time of Mehfil. Hundreds of people engaged and they got pleasured while Bilali Brothers were reciting the Naat and Manqabat [praise of Huzoor Ghaus ul Azam (R.A)]. Bilali Brothers also paid Durood o Slaam to the Most Beloved Prophet Muhammad (P.B.U.H).

At 1 AM, Peer Sayyed Shahid Rasool Soharwardi concluded the program with special prayers for the peace of all Muslims and the most beloved country Pakistan. Lunger (special food) was distributed to the people at the end of this ceremony.

Mohsin Ali Khushnood was also present in this program and covered the entire program in professional style by taking snaps.